ARTICLES & LINKS 6 Ways to Kick Procrastination to the Curb
loading...

6 Ways to Kick Procrastination to the Curb 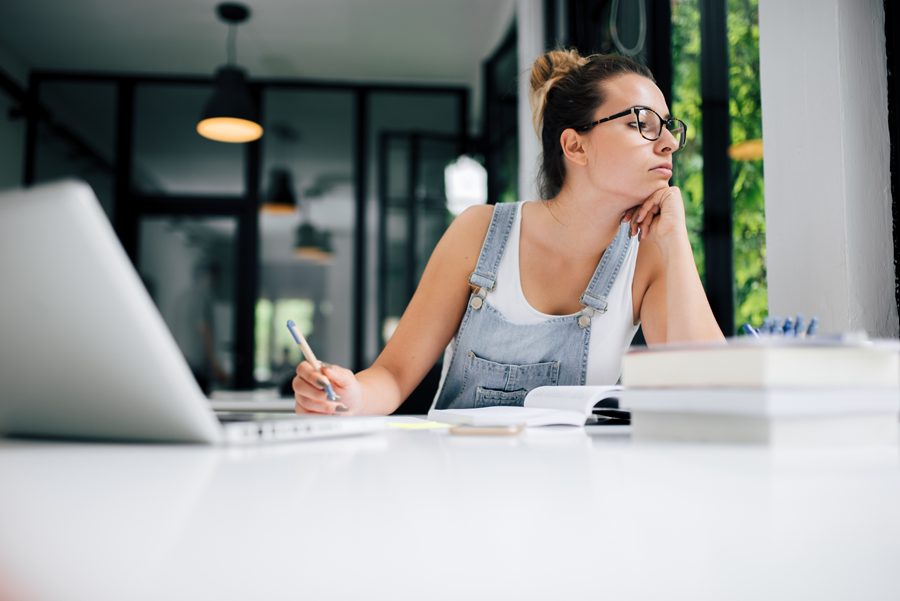 “I’ll just put it off until tomorrow.”

“It can wait one more day.”

“One more episode and then I’ll get it done.”

Sound familiar? You’re not alone. Procrastination is an extremely common issue among professionals across all fields. And while putting off that assignment or pushing that deadline another day may seem harmless, according to University of Calgary psychologist and author of “The Procrastination Equation”, Piers Steel, it is anything but. He notes that procrastination can actually cause stress, anxiety, insomnia, interpersonal conflict in the workplace and decreased salaries.

It’s so easy — too easy — to give in to procrastination. We can get stuck in bad habits and unhelpful self-talk, excusing our laziness and reasoning with ourselves to justify putting tasks off. And while everyone is guilty of procrastinating here and there, it’s always better (not to mention more professional) to stick to your deadlines and get the work done as soon as possible.

Waiting until the last minute isn’t the best thing for your mind or your body, and it certainly doesn’t reflect well on your reliability factor. And let’s not forget that if you’re working with a team, your procrastination becomes their problem. If you let your team down by putting your work off, they will be less likely to trust you in the future, which is obviously not ideal.

Why do we procrastinate?

There are myriad reasons why people put things off. Some do it as an avoidance behaviour, which is typically fear-based. Individuals who engage in avoidance often fear failure, but some actually fear success. Those who avoid their responsibilities are often perfectionists, and they tend to put off their work because they are afraid that they won’t be able to deliver perfection.

Some people procrastinate because they find themselves unable to make decisions. Sometimes it’s good to put off decisions, as things can change and so can your perception. However, when making decisions causes you to feel anxious, messes with your sleeping or eating habits, or you find yourself delaying important work on the regular, you have a procrastination problem on your hands.

Others procrastinate because they crave the adrenaline rush that waiting until the last-minute delivers. While these people might swear that they do their best work under last-minute pressure, it’s probably best to save the thrill-seeking for endeavours that don’t involve the possibility of missing an important deadline.

Whatever the reason for procrastination, your brain rewards you with a shot of dopamine for for putting off a task in favour of something more fun. Knowing this can help you make a conscious effort to counter the effects.

“To think too long about doing a thing often becomes its undoing.” —Eva Young

So, how do you stop procrastinating?

Regardless of your reasons for procrastinating, we can probably all agree that it’s not the healthiest habit, and that it doesn’t exactly build the most professional reputation. Convinced that it’s time to kick procrastination to the curb? Great! We’re going to give you six ways to do it… let’s not put it off any longer!

1. Get to the root of the problem

Get inside your own head and ask yourself questions that will cut to the core of your procrastination. Why are you putting this off? Is it because you are afraid? What are you afraid of? Are you doubting yourself? If so, why? Where do these doubts come from, and are they warranted? Delve deeper into your psyche to uncover exactly why you are procrastinating. When you understand why, you have a much better chance of finding a solution. Once you figure out your reasons for procrastinating, you can examine and tackle them one by one, allowing you to treat the cause instead of merely the symptom.

When you have an overwhelming task ahead of you, it can be tough to see the forest for the trees. When you’re faced with a project that overwhelms you, procrastination can rear its tempting head pretty quickly. When we take on something that feels so much bigger than we are, we often feel like we have to back away and put it off. But that just makes it worse, because every minute counts when you have a big project. You can’t afford to lose precious time to unnecessary procrastination. Think about it; have you ever heard anyone say “Oh, I wish I had less time to do this?”

The way to approach a monumental task is to break it down into smaller tasks and take it one at a time. Asking, “What is required, start to finish, in order for you to accomplish this task?” may feel daunting. Try asking, “What is the one thing I can do right now to move this forward?” Instead of looking at it all as one big project that you have to complete by a certain day and time, give yourself mini deadlines within that time frame. Think in terms of baby steps, then when you gain momentum, you can start thinking about the bigger picture again. Make lists and check them off as you go. This visual proof of progress will help you keep your goal in sight while reminding you that you are being productive.

“Procrastination is like a credit card; it’s a lot fun until you get the bill.” —Christopher Parker

If you’re stuck in a procrastination rut, it can be helpful to list the benefits of getting your work done on time, as well as all the risks of being late. This helps identify the pros of staying on track and the cons of procrastination. Spelling it out in black and white can bring a lot of clarity, and seeing it laid out this way can offer that A-ha! moment. When you actually break down the value of the project, why you’re doing it, and what’s at stake, you might just find your perspective on procrastination totally shifts. If you can’t see the value of a project, it can be discouraging to say the least. In those cases, it may be better to simply think about how great you’ll feel when you get this off your plate.

Rewards: ● Happy manager/client/team ● The pride in a job well done submitted on time ● Helps my reputation and reliability factor ● Consistently delivering on time furthers my chances of furthering my career

Risks: ● Letting down my manager/team/client ● Loss of reliability/trust ● Embarrassment of not completing the task I was responsible for ● Lessens my chances of furthering my career ● Doesn’t set a good example for my coworkers

Now that you’ve broken down your tasks, give yourself a reasonable time limit for each one, supported with an alarm. Then schedule a short break before you move onto your next task. You’ll probably find that you’ll move faster and more productively when you have time limits, plus working towards the break gives you something to look forward to, a pause to re-energize and reflect. If you didn’t complete the task within the allotted time, don’t give up on the alarm method. Just set another one and commit to it. Sometimes the mere idea that the clock is ticking is enough to kick the brain into high gear.

The Pomodoro Technique involves setting the timer for 25 minutes, then taking a 5-minute break as a reward. Every 30-minute cycle is one “Pomodoro”.

The way you speak and think to yourself is very important. Your brain is paying attention, and it can’t help but begin to believe what you repeat. So, stay far away from phrases that enforce the negative and instead speak positively to yourself about you and your abilities. The words you speak and the thoughts you think absolutely have the power to help shape your outcome, so use the power of positive language to keep you motivated. In addition, negative self-talk can turn into excuses for not doing your work.

It’s easier to justify putting things off when you’ve convinced yourself you’re not good enough to complete them anyway. Avoid the trap of beating yourself up verbally and engage in self-talk that includes affirmations.

Instead of saying: “I can’t do this”, “I’ll never get this done”, or, “I may as well give up”, try: “I know I can do this”, “I just have to keep my eye on the goal”, or “I can get back on track and I am going to complete this task with flying colours.” Find the mantra that works for you and repeat it as soon as you catch yourself engaging in negative self-talk.

Anything that distracts you from your work can rapidly turn into procrastination. To keep your head in the game, work in a space and time that helps you be productive. If you work best in silence, work somewhere quiet or use ear plugs to tune out the world for a while. If you need a bit of noise, whether it’s music, white noise, or the hum of conversation, do so, but be careful. Only work around noise if it doesn’t distract you. Give yourself time to work on the task at hand, focusing only on that task. Put all other obligations out of your mind until you’ve completed the task at hand. Avoid being around anything that tempts you to break out of your work zone before your scheduled break. This includes food, friends, television — literally anything that has the potential to throw you off your game.

“The greatest thief this world has ever produced is procrastination, and he is still at large.” —Henry Wheeler Shaw

Do you feel differently about procrastination than you did before you read this article? We hope that when you combine these strategies, you’ll be able to turn procrastination turn into inspiration.

Now that we’ve given you some of our favourite ways of combating procrastination, we have to tell you that there’s plenty more where this came from in our Practical Time and Workload Management course. Procrastination will get you nowhere, so sign up now… and then get back to work!